Otto Wessell, Adam Nickel, and Rudolph Gross. Each of them was an accomplished piano action maker that worked for Steinway & Sons, however, one of the friends—Otto Wessell—wasn’t satisfied with being constrained by Steinway’s assembly lines. He and his friends were full of ideas and innovations on how to improve the piano action, but they weren’t able to experiment or capitalize them because they worked for Steinway. Knowing this, and confident in his and his friends’ abilities, Otto convinced Adam and Rudolph to leave Steinway to create their own piano action company—Wessell, Nickel & Gross.

From the outset, Wessell, Nickel & Gross focused on quality and incorporating its many innovations and improvements into its actions. The friends lovingly treated each action as a work of art; Otto was so proud of them and their craftsmanship that he personally delivered the actions to their customers. Word about WNG’s quality and innovations quickly spread from impressed regulators and finishers who had the opportunity to work on their actions and before long, Wessell, Nickel, & Gross had established a reputation for crafting superior piano actions. With this newfound (and well-deserved) fame, orders began to pile up, and Wessell, Nickel & Gross expanded their factory, hired many new employees, and developed specialized machines and techniques to build their actions more efficiently. 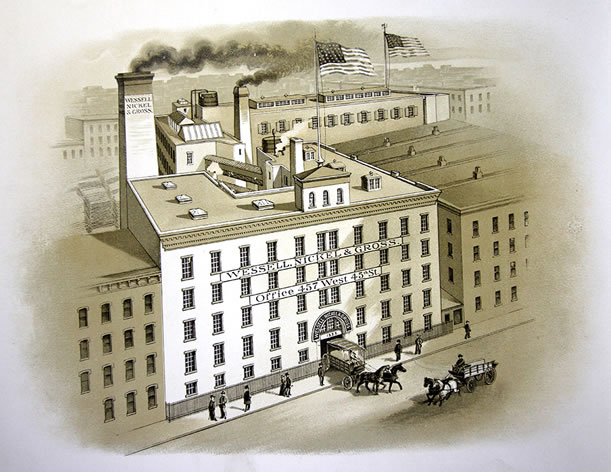 Throughout its expansion, Wessell, Nickel & Gross continued its tradition of innovation and quality, and the name “Wessell, Nickel & Gross” expanded beyond the United States and became world-renowned and synonymous with the highest possible quality piano action available. During this prosperous time, WNG supplied actions to many famous 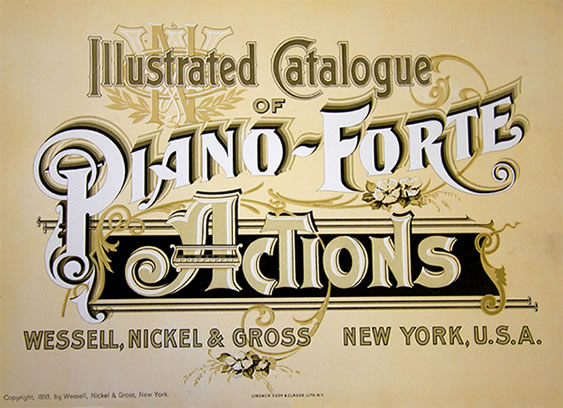 Unfortunately, Wessell, Nickel & Gross’ success didn’t last forever, and during the Great Depression it, as well as many other piano and piano-related companies, was forced out of business. WNG was then absorbed into Aeolian Piano Corporation and ceased to be an independent company. While under Aeolian’s ownership, Wessell, Nickel & Gross was obligated to stop supplying actions to piano manufacturers outside of Aeolian’s corporation, and sadly, their quality suffered.

The name “Wessell, Nickel & Gross” then lay dormant from 1953 to 2005, when two brothers—Kirk and Gary Burgett—acquired it. Just as Otto, Adam, and Rudolph had new thoughts and ideas to improve the piano action in their time, so too did Kirk and Gary.

Perhaps the most radical of these ideas came from the fundamental question, “100 years ago piano actions were made of wood, since that was one of the best materials available at the time. Could we use the latest advances in materials science to design and create a better piano action?” 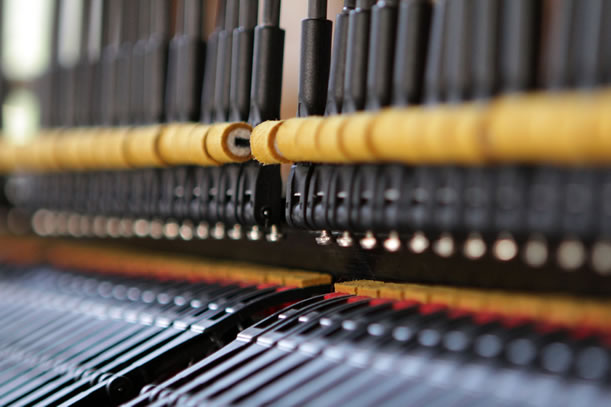 This question spurred research into modern materials such as composites and epoxy carbon fiber. The benefits of these modern materials became almost immediately clear—composites had the potential to be much stronger than wood, they could be easily customized and formed to much tighter tolerances, and they were extremely durable so their finished shape wouldn’t change over time. Before long, the advantages became

so numerous that it was obvious that composite materials had the potential to change piano actions forever.

Frustrated with the performance and shortcomings of traditional piano technician tools, Wessell, Nickel & Gross has decided to apply its “Can this be done better?” philosophy to piano tools as well, and piano technicians couldn’t be 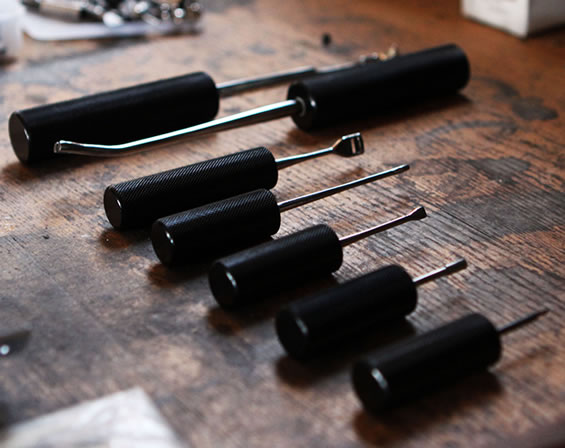 Besides its piano action parts and tools, Wessell, Nickel & Gross also offers regular classes on how to properly install and use them. Since WNG parts are made from composite material, it can be a little intimidating for technicians. WNG has recognized this and put together several different classes that range from a complete action install to repinning bushings. These classes are taught by Wessell, Nickel & Gross experts who work with WNG parts and tools every day, and by the end of the class the

technician will be completely proficient in the course material.